I wrote this in 2019...and never had a chance to post it.. I am battling cancer and had other things at the forefront during the time that I wrote this.

Nothing has changed in the last years toward what I have stated in this...and so..it is as I first wrote it out in 2019.

I put a video out around the time that I wrote this..and they are connected ..as you will see, at the bottom of this past "sharing".

This is what I feel..what I think and know...and this..is who I am through experience.

To begin, one must first be able to look past what we have been conditioned to accept as real.

The mind is truly a delicate thing that can be influenced very easily. It does take an awakening to be able to actually see and have independent thought. Meaning not being influenced by what "society says" as being the way it is.

It still takes time..and it takes the knowledge of one's self to understand the depth of it all.

We are here..as a species that is unique and what we "can attain" separates us from all other known beings in this universe.

One thing that makes us very special and seeming why we are focused on by ET is, Human is capable of achieving higher levels of consciousness.

A higher level of existence can be accessed and information (knowledge) can be brought back.

It is not information of technologies that I refer to but wisdom of the universe..and life.

The higher plains of existence is something that we are all able to attain, as Human.. This alone makes us special, in a way that most humans are oblivious to.

It is likely one of the main reasons that we are "connected" to extraterrestrials. They do not have that ability to advance once they die..They are definitely not like us at all, the way they think, act, live.

The conditioning that we on Earth are subject to, brainwashes us into "believing" that it is material objects that bring us happiness. For many it is the greed that has been instilled that will lead them through most of their lives.

True happiness will never be attained or known, with such beliefs or acts being followed.

The "more is better" and "buy new" attitude, clouds almost all human minds on Earth.

Some one is gaining from it all..and it is not for the good of mankind...

Once one can or happens to achieve a heightened level of being (existence), they will never return as the same human being that they were just before their awareness.

Enlightenment does "just that". It makes everything so much more clear and obvious. It is not just about being human..It is about being part of the universe. How every one..and every thing is connected throughout the entire universe.

Again I feel the urge at this point..to say again..most humans are not aware of what life is about.

It is the same that allow others to control ..and "over power" ones who find comfort in the powers that control that tell them what to believe and accept and what goals we all "should" have.

So..Why are we being mislead into things that are not true? The simplest and most pure answer is "control". It is part of the plan by the "elite" and by "NWO" (new world order).

There was a time not too many years ago that the conspiracy of NWO turned into a reality, as world leaders began to openly speak of such. They have since been very open in mentioning new world order while addressing the public.

There are many things that we the people..seem to have no control over. Yet it is the privileged that are able to control economies, health and well beings of entire nations.

As NWO starts to accelerate and push their agendas in a more aggressive way, it is being noticed by people who always thought conspiracies to be not true.

As they militarize in many countries, as they start to prepare for civil unrest and are having it happen..we need to step back and take more in depth look at what is taking place and why. (click on my video at the bottom)

The largest and most impacting lie we are told is ET does not exist. I know they are real and I know how important it should be to all of us to be aware.

My story (life) is ongoing,  but it was several years ago just after one of my alien abductions..that I did start to realize the immensity of the lies that we are facing.

One must asked them-self, why are we being lied to about ET?

There are several obvious reasons that I will list off first,leading to the less obvious ones but more important.

First off the governments of this world would never admit to not having control of a situation. If they could not ease the people by convincing them to relax by telling them that it is OK, then they flat out lie and deny anything that relates to the matter is true.

Governments would never admit to a stronger or more advanced species that exists and is here. They fear the loss of control, the loss of power. (There was a time when leaders of the people were there for the people that brought them into power. (It is no longer the way.)

With well over 250 million UFO sightings reported which represents only 4 percent of sightings (a small amount), it is obvious as to the actual size of the "cover up" that is taking place.

There has been proof of ET and UFOs through the known history of man. We have had extraterrestrial contact for over 15 thousand years.

The world leaders keep the lies alive while assuring their own comfortable positions over the people.

Another reason for the increased control over the masses is to assure that there will be little that can be done..when events take place that will involve mankind and ET.

There is no easy way to make this clear..and I will have to say it..as I see it from experience with the Greys.

ET and UFOs are real and here. I have been there and done that.. I step up and share truth for one reason only. To help others see what is taking place..before events happen.

My time with the Greys awakened me to what is occurring on Earth.

Do not take it as easy. No experience with the Greys is normal in anyway that humans are aware.

These beings are alien to us..and they do not think..like us at all..Nothing even close can compare to what is like to have them in your mind while on their crafts. It is not a nice experience. You have no control whatsoever. You are lucky to even be able to comprehend anything if you do become aware. There is no choice as to what they can do to you. They do as they want.

The Greys are responsible for our being here. I cannot confirm it was their species that helped human begin here. BUT from what has been seeded within by the Greys, tells me that we are indeed as much alien to this planet as the Greys are to this world.

The Greys are very strong with their minds. Telepathy is something they are masters of.

We have to awaken..or we will never realize what the true potential of Human really is.

This video was made the same time that I wrote this...it is connect to what I have shared on here..with even more regarding ET and agendas on this video. 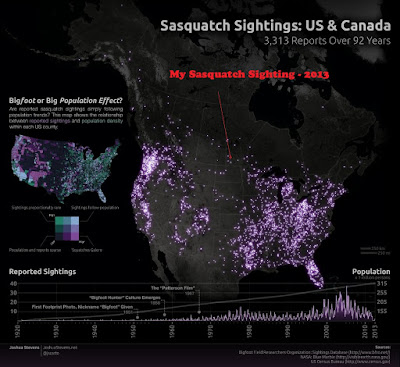 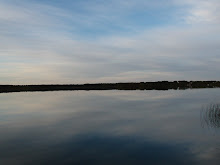